Francisco de Goya’s (1746-1828) great graphic series Los Caprichos (The Caprices) was begun in around 1793 and published in book form in 1799. The total of 80 aquatint etchings bear witness to a wild and restless conceptual world, where nightmare-like visions capture the dissonance in the soul of the Spanish people. In the captions, this occurs with reference to mocking expressions and other sayings.

The title of the series is derived from the Italian word capriccio, which means caprice or whimsy, but also covers fanciful notions. Several of the prints depict grotesque scenes involving devilry or witchcraft. Goya often makes use of the fable form, in which animal figures are presented with human characteristics.

Los Caprichos is enigmatically saturated, but its social satire is undisguised. Goya’s critique is wide-ranging and venomous. He portrays the prevailing superstitions, the ignorance and ineptitude of the ruling class, the lack of pedagogical insight, and marital misdeeds. Some of the motifs also have anti-clerical themes. The inquisition, intrigues in the corrupt monarchy and the general political turmoil form the historical background. . 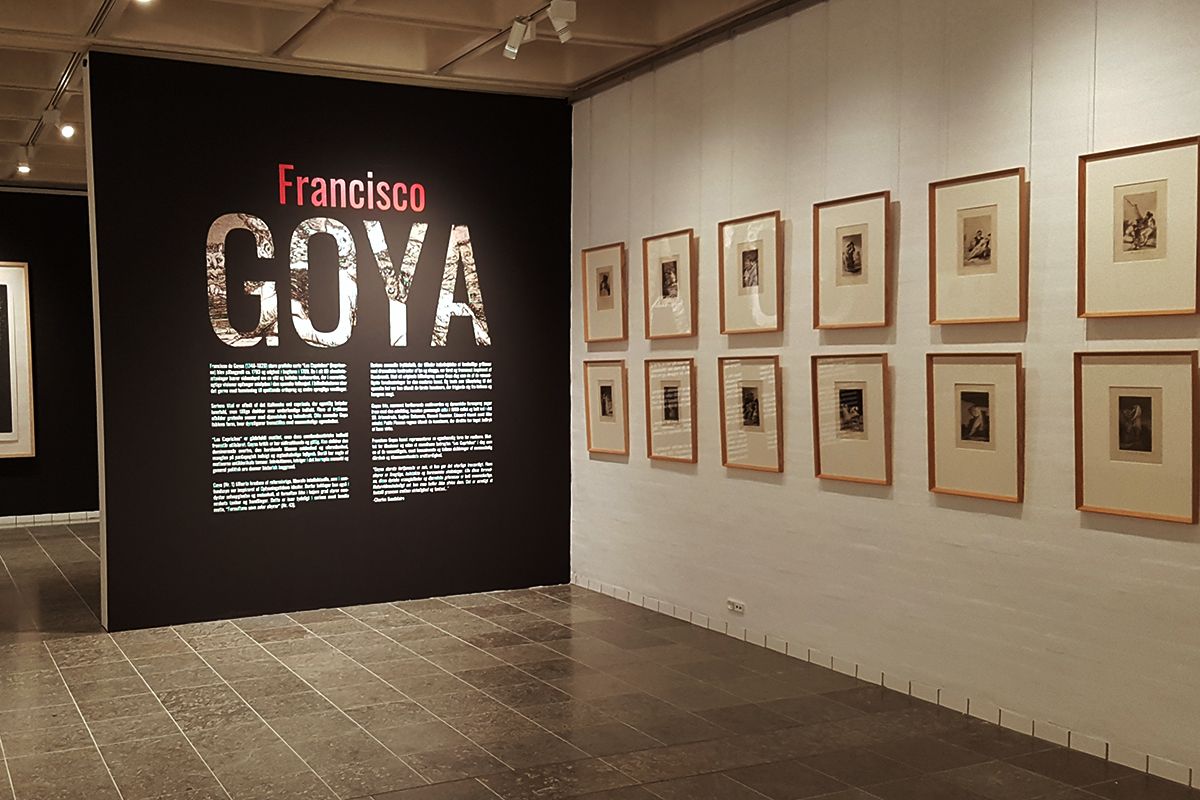 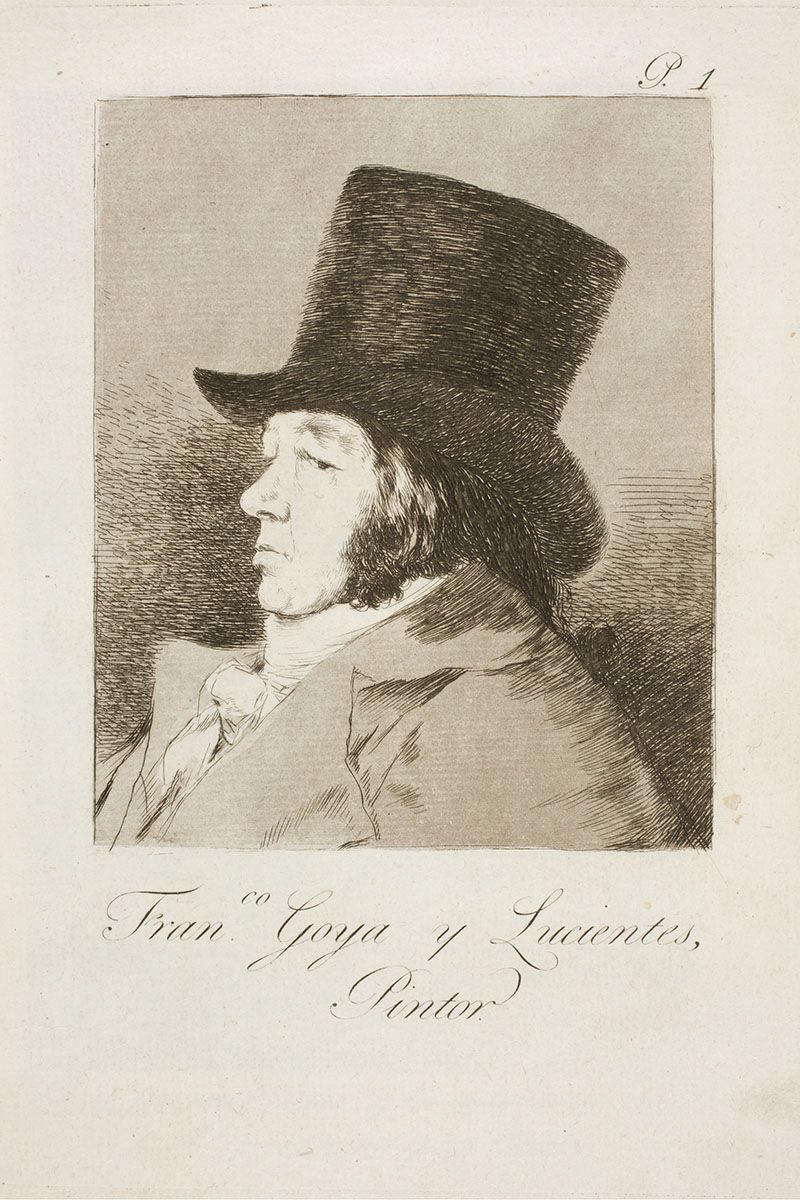 Inspirered by the ideals of the Enlightenment

Goya (No. 1) belonged to the circle of reform-minded liberal intellectuals who were inspired in their view of society by the ideals of the Enlightenment. Accordingly, he also deplores, in deep despair and melancholy, the fact that reason does not to a greater extent rule human thoughts and actions. This is especially evident in the series’ most famous image, The Sleep of Reason Produces Monsters (No. 43).

A precursor to modern art

The printing technique used in the series, which allows the incorporation of various grey tones with dramatic contrasts of light and shadow, was primarily inspired by Rembrandt. However, with his original imagery, Goya is considered to be one of the most important precursors of modern art; and despite being closely associated with the Spanish court, he was one of the first artists to liberate himself from the power of the Church and the Crown.

Goya’s free, almost caricaturing world of motifs and his dynamic form language presage the evolution that art was to undergo in the late 19th century and into the 20th century. Eugène Delacroix, Honoré Daumier, Édouard Manet and not least Pablo Picasso are among the artists who have taken direct inspiration from his work.

Human folly and injustice of the class society

Francisco Goya’s art represents a very personal form of realism. Devoid of illusions and moralising, Los Caprichos is today regarded as one of the most important, most consistent and timeless depictions of human folly and the injustice of the class society.

”Goya’s great merit consists in having created a credible form of the monstrous. His monsters are born viable, harmonious. All those distortions, those bestial faces of his faces are impregnated with humanity. It would be hard to condemn them, so great is the analogy and harmony between all the parts of their being. In a word, the line of suture, the point of junction between the real and the fantastic is impossible to grasp...”

Cookiepolitik
We are using cookies to improve the experience. Read more
Close